In January 2020, Kathie had the privilege of leading a singing workshop with a group of women and children who are refugees of the Syrian Civil War and have settled in the Weymouth area. The Syrian families, along with female volunteers from Weymouth and Dorchester, sang a mixture of songs, from African chants to the wonderful civil rights song No More Silence, which was translated into Arabic by one of the volunteers. 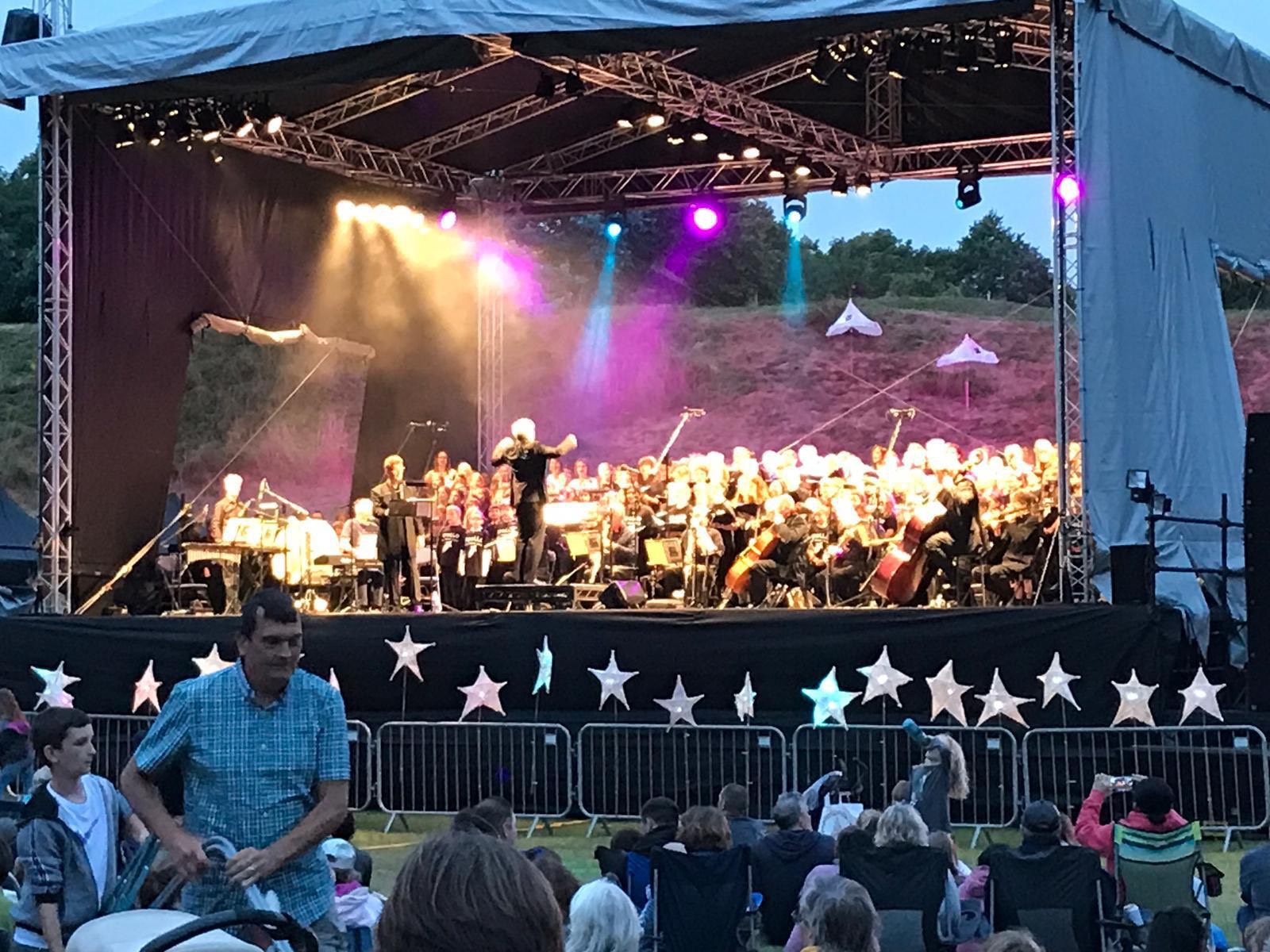 On Sunday 21st of July 2019, Kathie’s choirs Viva and Heart & Soul took part in the 50th anniversary celebration of the Apollo moon landing: ‘Apollo – One Giant Leap!”. This huge musical performance was written by local composer Geof Edge and featured local schools and professional musicians and actors. It was a unique and thrilling event, and we were proud to be a part of it!

Stations of the Sun festival, Dundalk 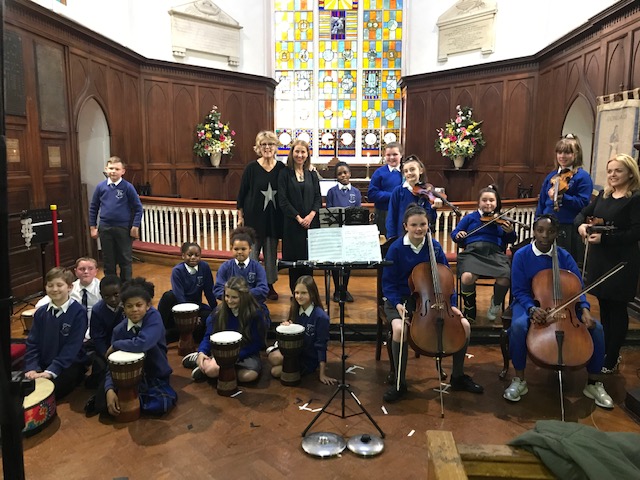 In June 2019, Kathie travelled to Dundalk, Ireland to collaborate with Music Generation Louth’s Songlines initiative, and Louth Contemporary Music Society at the Stations of the Sun festival. She facilitated the production of a new piece, ‘Listen’ which was created and performed by students of St Nicholas’ National School and Redeemer Girls’ School.

Between Language and Limb 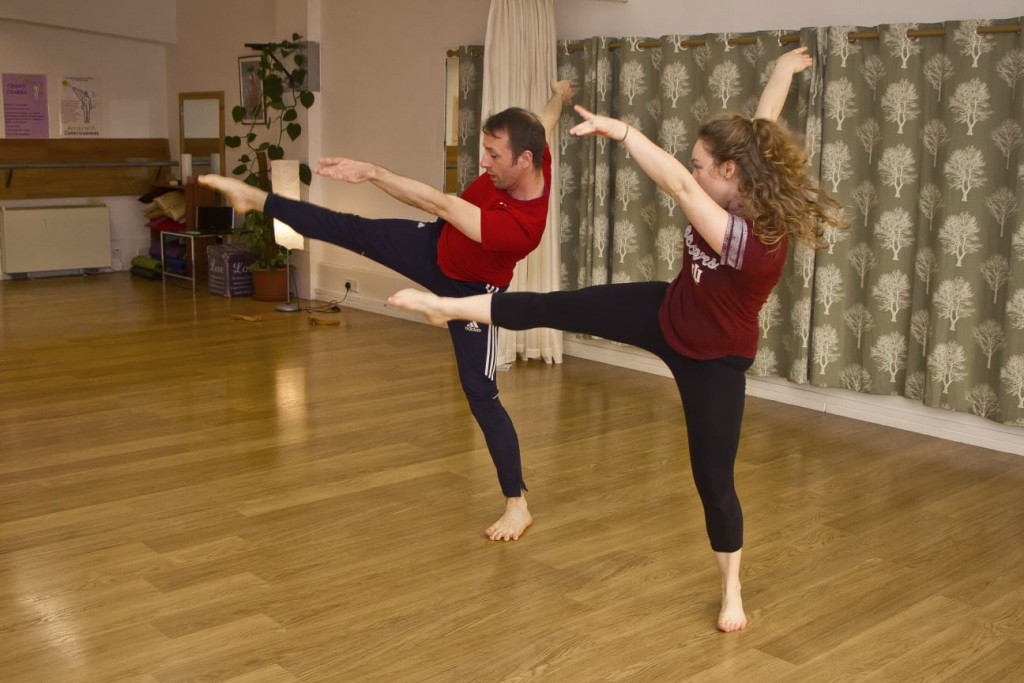 In May 2019, Kathie headed off to the Nun’s Island Theatre in Galway to perform in the sold-out Between Language and Limb, a theatre performance that combined contemporary dance, poetry and music. This project was a collaboration from Galway director, choreographer and dancer Patricia Glynn, poet Geraldine Mills, and contemporary dancer Celina Jaffe. 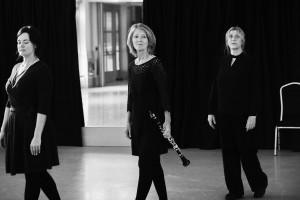 At the South West Dance Centre in Bournemouth in 2016

The Heavens started life as ‘Hoovering the Heavens’ in 2002, when a group of women with young children joined together to sing, socialise and support one another. In 2006, Kathie’s love for directing group singing led to the formation of VIVA! Community Choir, and ‘Hoovering the Heavens’ became a four-piece known simply as The Heavens. The Heavens now perform regularly in the Dorchester area with local band The Outliers, playing and singing original music composed by Outliers band members, Shawn Keyes and Christopher Read. Check the homepage for upcoming gigs!

Collaboration with Gavin Bryars at The Book of Hours festival, Dundalk 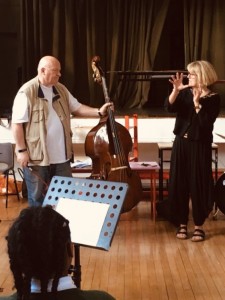 Working with Gavin Bryars and the students of the Friary School in Dundalk, on his timeless work ‘Jesus’ Blood Never Saved Me’, June 2018

Kathie is a regular contributor at Louth Contemporary Music Society’s prestigious annual music festival.  Founded by Eamonn Quinn, this festival takes place on 21-22 June 2019 in Dundalk, Ireland, and this year is named Stations of the Sun. Kathie will return this summer (2019) to facilitate singing workshops at the festival, and to mentor classical singers who wish to work with others in the community. Find out more here: http://www.louthcms.org/projects/stations-of-the-sun-21-22-june-2019/

Read the Guardian’s 4 star review of 2018’s The Book of Hours festival here. 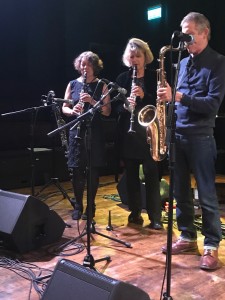 Performing with Zaum at the Steve Harris Memorial Gig at the Lighthouse, Poole, September 2018

Out In The Open – Sleeping Rough in a Dorset Town

In 2012, Kathie joined with Clive Whaley, Peter Snelling and Adrian Newton to create the film Out in the Open – Sleeping Rough in a Dorset Town, highlighting the issues faced by homeless and vulnerable people in Dorchester. The film was screened at the Plaza Cinema, Dorchester, and was a visual installation in the town centre. Kathie was director and musical producer on the project, creating an original score which was partly pre-recorded, and also performed live at the screening by four musicians. Read more from the Dorset Echo here.